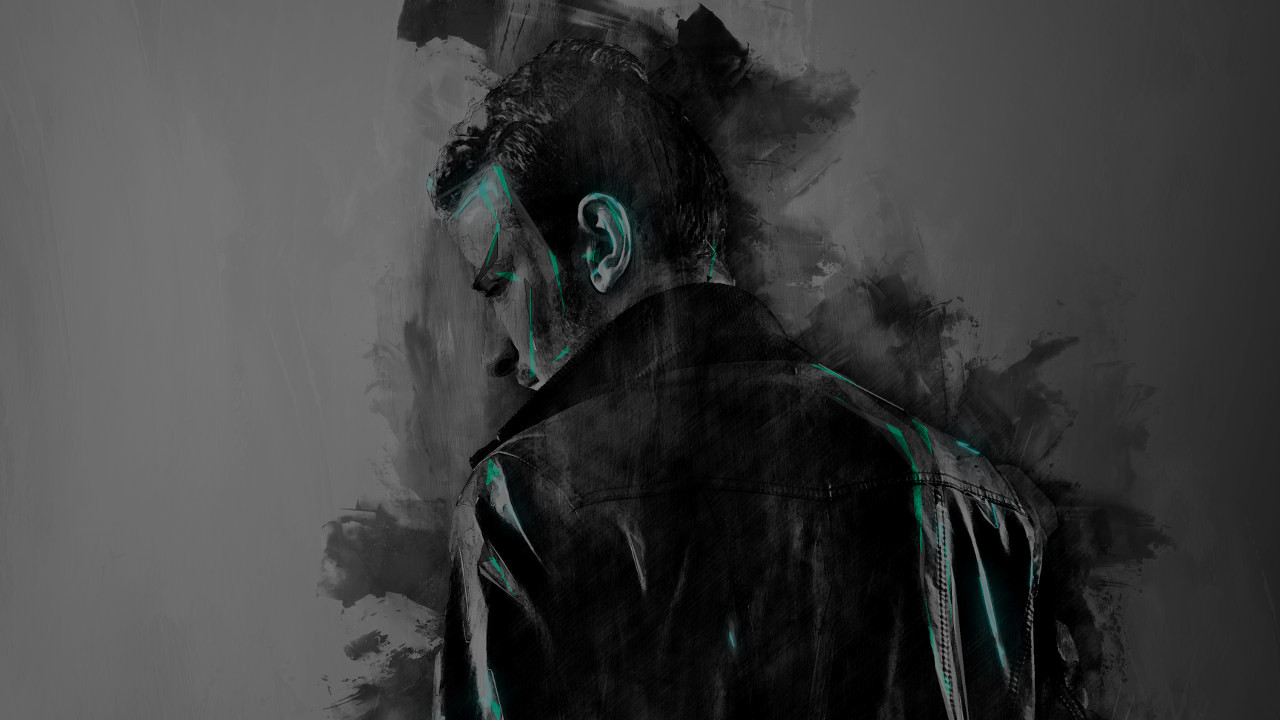 Creating a character in Dark Era is a simple and fast process, provided you have an idea or concept for your character. Think back to black and white movies, The X-Files and similar shows to have a feel for the genre and atmosphere.

Dark Era 1963 is initially set in America, however Game Masters are free to create their own setting (and their own entire worlds using this system – the system itself is not world or genre exclusive)

Confirm the game type with your GM – the default game types have the player characters as agents for a secret organisation such as the Earth Defence Force.

Your background provides starting ranks for Attributes, Skills, grants you a Trait, may provide a Flaw and provides Starting Equipment and Contacts.

An Out of The World Experience

Your Background (chosen above) also helps to determine how you became involved with Aliens and ultimately what drove you to become an Agent.

You have 5 points to assign to your Primary Attributes (Min 0, Max 3)

In Dark Era there are three primary and three derived attributes. The Primary Attributes are Mental, Physical and Social, and the three Derived Attributes are Resilience, Action Points and Initiative.

Attributes rarely have a ‘test’ on their own, however in some situations (and when a character has no skill ranks) a player will only be using the attribute. Sometimes the derived attributes will be called on for tests, especially Resilience.

You have 6 points to assign to your Skills.

There are 9 Skills in Dark Era, your rank in each is added to an attribute rank and 3d6 for skill tests.

Your ability to think creatively. Thinking outside of the box, creating things etc. If you are trying to make a physical thing then this is your skill. It greatly benefits craftsmen, scientists, business managers, military strategists and artists.

Your ability to think logically to analyze, deduce a theoretical result as well as attention to finer detail. Examining a crime scene, cracking a mechanical code (ie pin numbers), and driving a car are all examples of Reason use.

Your skill at working out complex formula and algorithms as well as more generalised knowledge. Accountants would use Sciences just as much as the inventor of a nuclear warhead. Sciences is the academic pursuit while Innovation can be thought of as the physical invention.

Your physical training, fitness and the like. Swimming, climbing, running and jumping are all examples of Athletics. Any physical sport could also be added here so if you want the college jock who is an up and coming football star, then Athletics is your skill.

Any form of melee attack. Unarmed, with a small weapon or a large pole. Even a chair or broken bottle falls under Melee.

Any ranged attack where you shoot or fire something at another character or target. Firing a gun, shooting a laser beam are examples of Ranged skill use. Throwing however falls under Athletics.

Persuasion is an important ability for salesmen, lawyers and reporters. It includes nearly everything involving interaction with another character. From getting a guard to look the other way to seducing a girl to closing that sale.

Where persuasion is about getting a better deal, Leadership is about your direct ability to lead others and get them to follow your orders or ideas by words, example or threats. Teaching a class, calming an angry person or intimidating a suspect are all examples of Leadership.

Trickery is about pulling the wool over others eyes, conning them and the like. Using trickery can be dangerous especially if discovered. Bluffing your way past a guard or cop looking at your identity, getting into a nightclub as a teen or swiftly taking someone’s wallet are all examples of trickery.

Awareness is your general perception and observation ability. It includes reading a situation for signs of danger or opportunity. Examining a crime scene for security cameras could be awareness test.

Awareness is determined by adding your Mental and Social Attributes together. Effects that reduce action points or either of these two attributes do not reduce your Awareness.

Awareness is a fixed value and doesn’t gain any bonus from attributes but can be increased by Traits and some gear.

Some research may give you access to additional special skills.

Gain 1 trait of your choice

You may take up to 2 Flaws and gain 1 Skill Point for each additional flaw taken.

Resilience, for example, is made by by totaling your Mental and Physical attributes.

Initiative is made by combining Physical and Social.

Action Points is made by combining Mental and Social.

Resilience is used to recover from Conditions.

Initiative is a representation on how quick you are to recognise danger or take opportunity.

Used in any conflict situation to determine who acts first. The higher the better.

Action Points (APs) are used to determine what a character can do in a conflict situation.

The more APs you have, the more you can do. Anything from inspiring troops to firing a gun to countering an argument can be done through Action Points. Your available Action Points can be changed during the game by some Conditions and some Actions themselves.

Action Points also control how many Acquisition Tests you can make per session.

You can acquire an additional amount of equipment/training that have a Cost of 20 or less. Max up to your Action Points.

What’s a soldier without a gun? An accountant without a calculator? This section discusses everything about Equipment and how to acquire the gear needed to make your character awesome.

Equipment is broken down into Personal Equipment & Training, Miscellaneous Items and Services, Lifestyle and Vehicles. Each with their own sub categories.

In Dark Era, all characters are assumed to be employed or have a source of income.

You can automatically acquire a number of items up to your Action Points +1. The max cost of each item is 20

One of the most important things for any writer or actor is to know who the character is. This is the same for a roleplaying character too. Below is a quick 10 question summary to help you flesh out your character from numbers and dots on a sheet to a ‘living breathing character’.